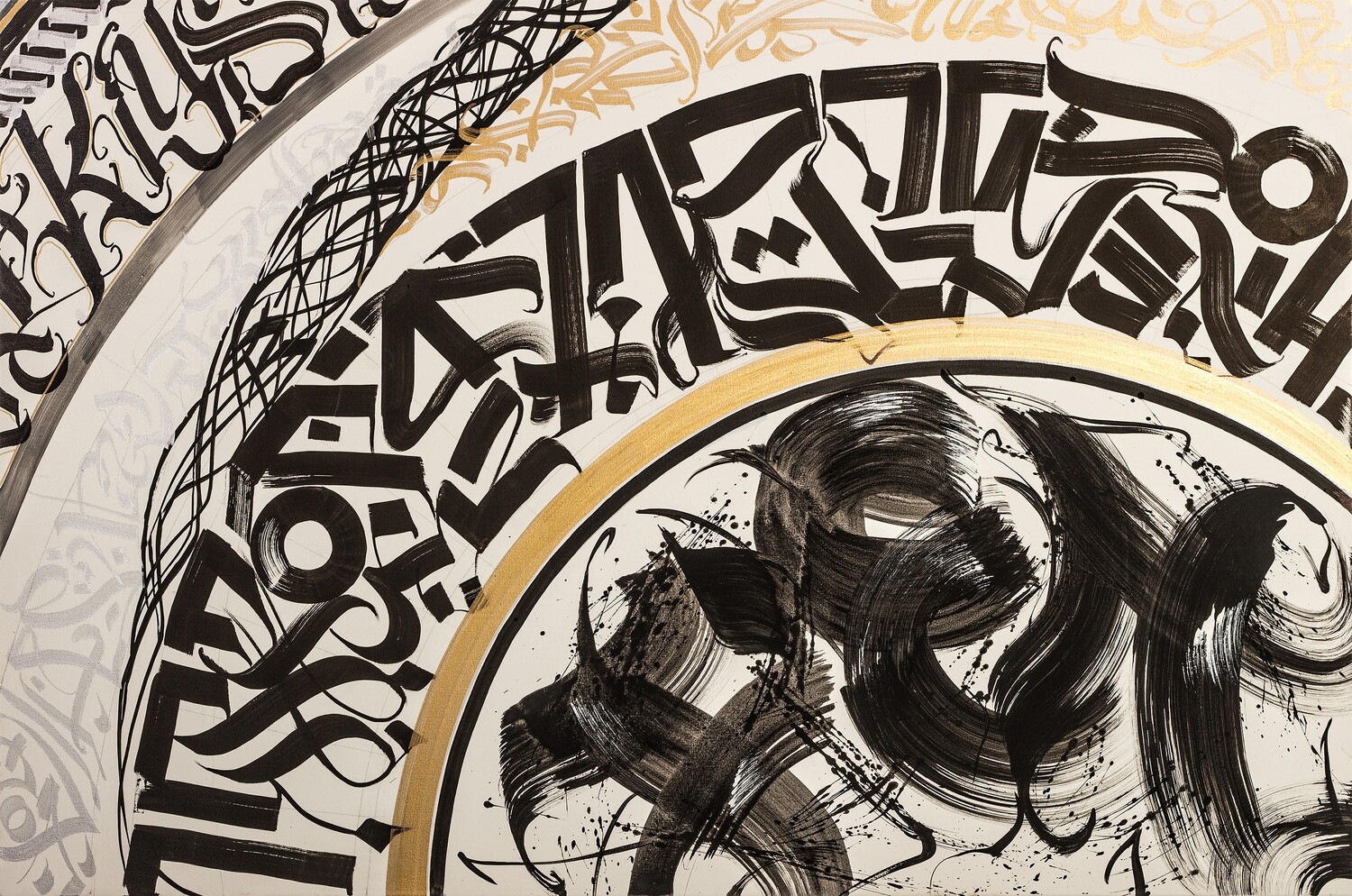 Rhythm, shapes, forms, letters composed in a round form express emotions. The origin and development of all early systems of messages adhere to a strikingly similar scheme.

First of all, drawing is the source of the origin of writing throughout the world. Most signs of early writing systems are pictographic in origin. The fact that the Egyptian hieroglyph denoting "the sun" and the oldest Chinese character with the same tadpole means not that these two systems of writing are similar, but that they both started with attempts to draw the sun.

Vera combines in that artwork different signs and letters from different nations and cultures, unites all of them in a very beautiful ornamental circle.

Save this product for later